A win and a loss for Town 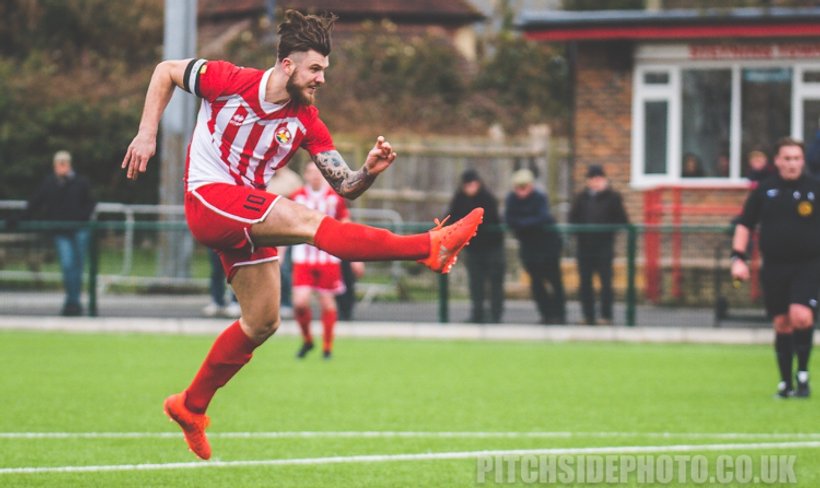 Steyning Town were in action twice this week and a win and a loss meant that they moved back to 10th in the league with 5 games left to play.

This made it 2 wins in the last 3 games as the team start to show signs of a return to form after a torrid run after Christmas.

On Tuesday night the Barrowmen bounced back from Saturday’s defeat at AFC Varndeanians with a 2-0 win away to St Francis Rangers.

On a chilly evening at Colwell Road goals from Dom Ozga on 12 minutes and another from Zac Haulkham on 57 (who also scored at Withdean on Saturday) bagged all three points for Town.

Indeed, always good to return home from an away trip with maximum points and this sets us up nicely for what will hopefully be a strong finish as we head into the last five games of the season.

This Saturday there is no first team fixture again but the Reserves have a Reserve Section Cup tie at home to Midhurst Res (KO @ Shooting Field is 3pm).

The next first team fixture is on Easter Saturday (31 March) at home to Mile Oak (KO 3pm) then on Tuesday 3 April we make the short hop over to the Rec for a derby date with our friends and neighbours Storrington FC (KO at the Rec 7.45pm)
Final score – St Francis Rangers 0 Steyning Town 2
Saturday 17th March

It there was ever a game of two halves then this was it on saturday. Steyning looked composed an in control throughout the first half, and could consider themselves very unfortunate, or wasteful, to only have a headed goal from Haulkham from an Al-Samairie free kick to show for their first half efforts as they went close on numerous occasions. A goal line clearances and the woodwork both coming to the rescue of our hosts on a bitterly cold afternoon at the Withdean.

By contrast Steyning had a torrid time in the second half, as our hosts upped their game and throughout, and with two goals managed to take all three points. During the second period Steyning looked well off the pace and didnt manage to muster a single shot of note and the hosts saw out the game comfortably.

The damage was done by Varnies front man Dave Mitchell as he bundled home as JJ Banasco-Zaragoza returning in goal could only parrie a low shot, and fifteen later former Albion youngster Marc Waterman netted what was to be the winning goal for the home side with a low left foot drive from outside the box after a mistake in the Steyning defence.

Yes, a big shame to lose again and after such a bright encouraging start.