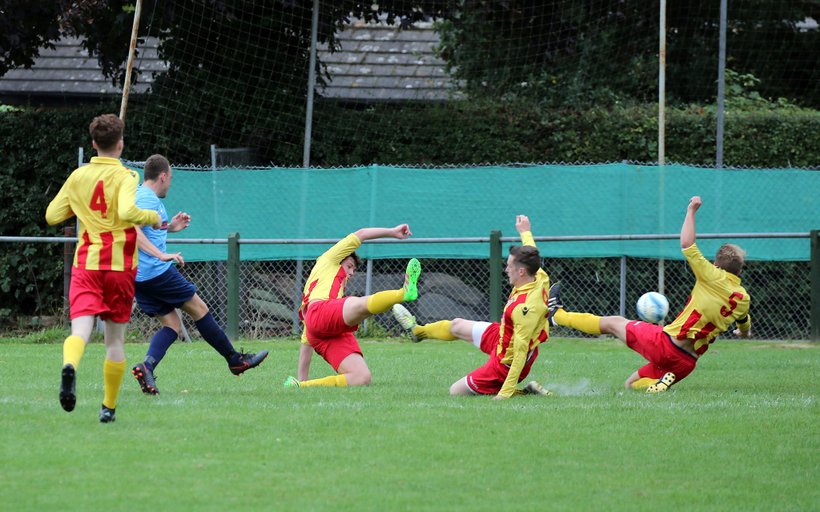 Town’s trip to Lingfield on Saturday produced a seven goal spectacle but unfortunately ended for us in a 4-3 defeat.

It was a topsy-turvy match at Godstone Road where the advantage seemed to swing constantly.

For us, over all we were worthy of a point but despite scoring three it was ultimately squandered chances which cost us dear in the end.

With six team changes from the side that won at Midhurst on Tuesday, having fallen behind on five minutes to a penalty conceded due to a hand ball, we did well to get back into the match and goals on 25 minutes for Dominic Ozga and on 38 for Ben Bacon gave us a well deserved lead.

However, right on half time Lingers’ Sumner shot past Ben Rose to level the score again.

We came out after the break with renewed gusto and on 50 minutes were back in the lead when young Jonny Taylor hit a well flighted free kick onto the head of Ozga to head powerfully in off the Lingers cross bar for 3-2 Town.

Minutes later Alex Townley played in Ozga again who came within a whisker of doubling our advantage.

The game swung end to end with us creating plenty but not making it count, and it was our hosts who finished up in control of the game, taking their chances and hitting back to bag it with two further goals within a five minute spell.

Not a bad defeat against a decent side though, and not often you score three and still get beaten! Steyning have shown in recent weeks they have the firepower going forward but as a team need to address the fact they are conceding too many goals on average .

Next up – this Tuesday night we have an exciting looking Sussex Senior Cup tie at home to Premier Division Eastbourne United (KO @ Shooting Field – 7.45 pm) .