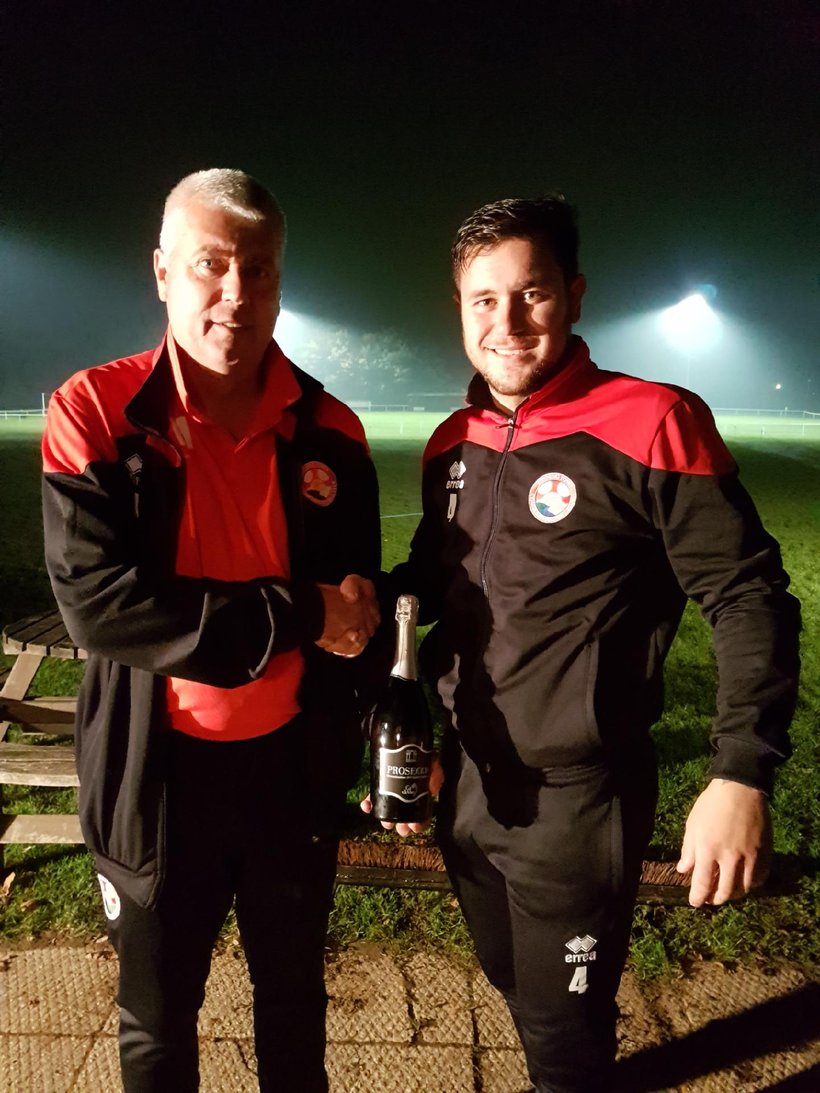 The Barrowmen returned to winning ways in Division One on Tuesday night with a 3-1 win away to struggling Midhurst & Easebourne.

We lined up at Rotherfield boosted by the return to the side of Dan Gainsford and Charlie Romain.

Initially, we were the quicker side off the blocks and after five minutes we took the lead when Mo Al-Samaria got forward down the left to win the ball and link up with Romain who switched it across to Alex Townley to play in Scott Faber to rifle the ball high into the Stags net for 1-0 Town.

However, instead of building on our early advantage up until the break we seemed to become rather slack and sloppy with our passing and frequently gave the ball away, allowing our hosts to come at us.

In central defence some solid work from Gainsford and Lewis Levoi was often required to break down the attacks.

Early on after the break our nerves were soothed by a well taken goal from Townley, sweeping home a low struck Romain free kick from the right for 2-0.

Minutes later our advantage was enhanced when Stags went down to 10 after Tollworthy was red carded for a foul on Al-Samaria.

At this point the game really started to turn as we proceeded to play some decent football and create chances, Bacon, Karim Bukleb and Chad Milner all going agonizingly close to goal number three.

Unfortunately though we lost Romain with an injury; replaced by Jonny Taylor who put in a good shift as too did the other second half subs, Jake Cockerton and Taylor Stevens, the latter nearly marking his second first team appearance with a goal, shooting just wide.
Ten minutes from time though the points were well and truly bagged for the journey home when Milner drilled home a low cross from Townley.

In injury time Broughton netted a consolation goal for the Stags.

Yes, made hard work of it at times but there were many positives and at the end of the day it was job done and the overall picture is now four wins in the league from six played and we now sit in 6th position in the table.