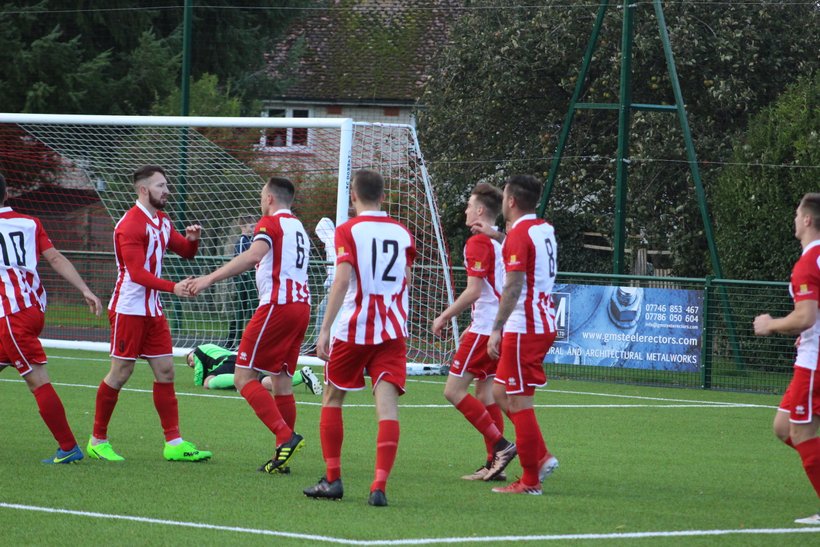 The Barrowmens inconsistent form continued on Saturday with a 4-2 defeat at home to promotion chasers Lingfield.

On a bitterly cold afternoon at the Shooting Field and for the first time this season with an unchanged team, despite a strong start with two goals from Ben Bacon giving us a 2-0 lead within the first twenty minutes we were eventually overcome by a sharper and more incisive team on the day.

Bacon’s goals (making his tally a mighty 31 for the season so far)cam e on 7 and 20 minutes, the first a superb left footed drive from just outside their box catching their keeper unaware, and the second, a cross from the right just eluding Craig Knowles’s head to find the far side of the Lingers net for 2-0.

However, the visitors settled and found their range and were back in it before the break with a goal from Sumner as he headed home from a corner for rather a soft goal.

In the second half, after a slow start Lingfield upped their tempo again and despite showing some early resolve we succumbed to the continual tide of pressure.

Goals from Lingers Richard Wetton and two from main danger man Nick Dembele wrapped up all three points and condemned us to only our second league defeat at the Shooting Field of the season; this despite them finishing the match with ten men after Wetton was dismissed for his part in an altercation with Tom Gannon, where he appeared to grab Gannon by the throat.

Yes, a shame to lose at home and indeed again by surrendering a lead all be it against a decent top three side who were the best to visit the Shooting Field this season.

The whole fixture took part in front of a healthy three figure crowd, who enjoyed all the hospitality on offer at the STCFC christmas party. An even larger crowd arrived late in the second half to watch the santa race taking the numbers through the gate to over 300 over the afternoon

Forthcoming fixtures – next week there is no first team fixture but the reserves have a home match v Pagham Res (KO 3pm).

The next first team fixture is the following Saturday, 23 December when we make the short trip down to Old Barn Way for a date with Southwick (KO 3pm).

We then hit the festive programme with two ‘mid Sussex’ derbies, both at home.
On Wednesday 27 December our friends and neighbours Storrington pay us a visit for the ‘A283 el-classico’, come on down it should be a good night (KO 7.45pm).

Then on Saturday 30 December we have our final fixture of 2017 with the second ‘mid Sussex’ derby, home to Billingshurst (KO 3pm)