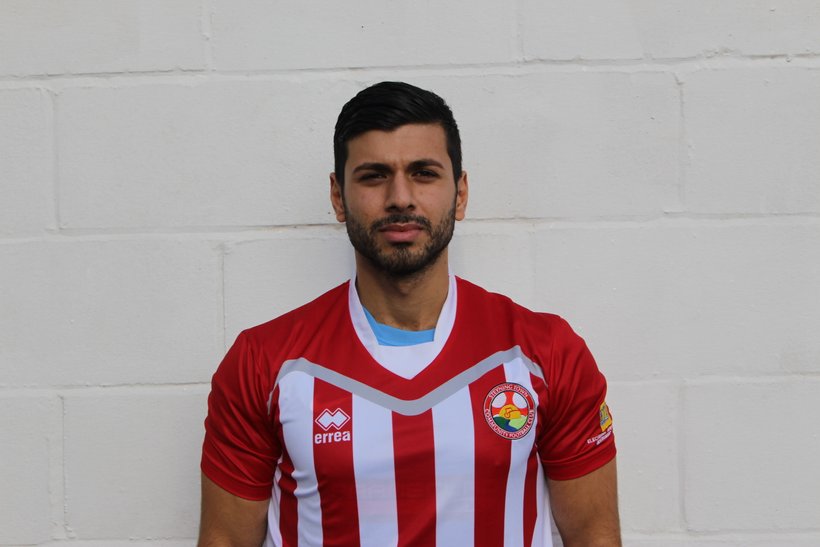 There was late drama at the Shooting Feild on Saturday.

A deep-deep stoppage time equalizer denied the Barrowmen what would have been a very well deserved 3 points against the division’s current second placed side , Wick FC.

The weekly team changes as follows – from last week’s side, top scorer Ben Bacon suspended and also out Dan Gainsford, Tom Pickford and Ollie Hartley. Back into the starting eleven – Tom Gannon, Mo Al Samairie, Alex Scott and from the bench Craig Knowles.

After our woes of recent weeks it was refreshing to turn in a decent performance and against a good side.With a youthful looking team we knocked the ball around with confidence in the first half.

We started strongly playing flowing, attacking football and on 18 minutes we went ahead when a quality cross from the right by Al- Samairie found Alex Townley in the box who powered his header wide of Wick keeper Murray for 1-0.

We continued to press with Townley going close to getting a second as too did Al Samairie and Lewis Levoi with good efforts.

However, with half time beckoning Wick pulled level when a scrambled goal from their top scorer Josh Irish crept in, only just eluding the out stretched boot of Joe Fitzpatrick on the goal line. Bit of a soft one. 1-1.

We came out on the front foot after the break and on 53 minutes got our reward when a superb left footed strike from just inside the box from from Al Samairie flew in to put us back in front. Knowles had escaped down the right from a Faber through ball after a neat passing move and after his cut back Al Samairie did the rest. 2-1 Steyning.

The goal galvanized us and we kept up the pressure. Three substitutions were made and subs Louis Pittock, Jake Cockerton and Chad Milner all went close to doubling our advantage. Pittock fired over from close range when well placed, and Cockerton sprung the offside trap and raced through one on one, but his low side foot finish was well saved, and Milner placed an effort wide after haring in on goal. So many missed chances….would there be a sting in the tail?

Towards the end we started to flag a little, with some of our defending becoming a little ragged, with the visitors coming at us more and more but we defended resolutely with Ben Rose in fine form when required.

It looked like we’d done enough but for a couple of not too lengthy injury stoppages the ref decided to add on a shipping order of stoppage time (about 12 minutes in reality!). The Town faithful had been calling for the final whistle for at least ten minutes, and it was in those dying throes that Wick’s Ashley Hawks dramatically poked in their equalizer from a scramble to deny us all 3 points. Not only was it late late late but it also had a suspicion of offside (all goals are on our twitter account). A bitter pill to swallow but credit to the opposition who never gave up the hunt for the equaliser.

So, so frustrating to be robbed of maximum points in a phantom period of injury time having played so well overall and as already said, against a top promotion chasing side. Youngsters Scott and Gannon looked composed in midfield, Pittock came on for a promising debut and Townley and Al-Samairie were a constant menace up front.

On the plus side however despite what’s just been said we must still see it as a point gained and if we can keep a more settled side we can head up to the festive period and beyond with genuine optimism.