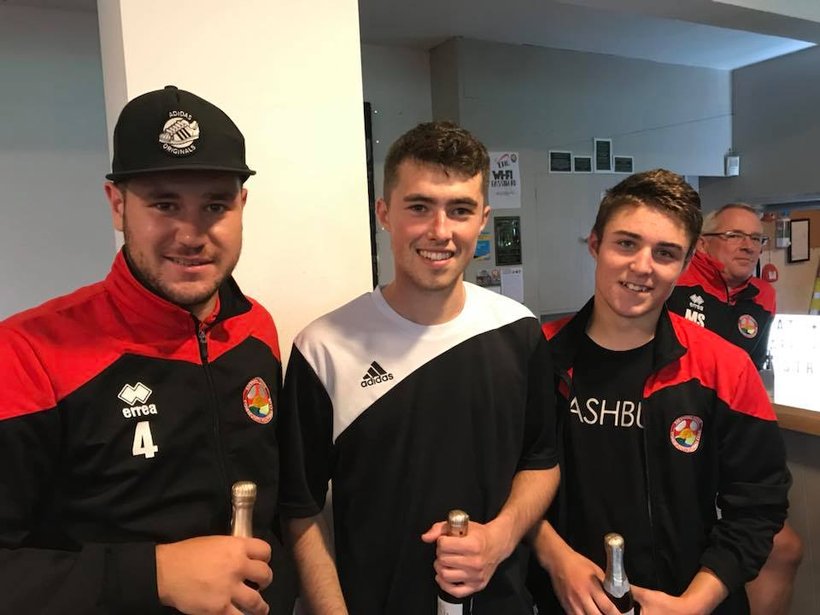 After their recent dip in form the Barrowmen returned to winning ways with an emphatic 5-0 win at home to Brighton based side AFC Varndeanians.

Town handed debuts to midweek signings Joe Bartlett at centre back and Tom Gannon in central midfield. Another midweek signing Joe Mackenzie was on the bench. All giving the Town squad a timely boost at the recent poor run of results. Skipper Levoi was absent, as was Milner, Bukleb & Gainsford. Hartley and Court still injured.

On a bright afternoon at the Shooting Field, after a slightly jittery start we soon found our feet with an own goal after great work from Al-Samairie down the left on 7 minutes and a low drive from Dominic Ozga on 17 giving us an early two goal cushion.

However minutes after scoring Ozga was substituted due to a hamstring injury, replaced by youngster Johnny Taylor.

Despite the scoreline however, there were times where we gave the ball away a little too often allowing our opponents to attack and stretch us at the back. Ben Rose produced a superb one-handed save to keep out a goal bound effort from Varners front man and former Town player Ryan Walton.

Just before the break for us a strong angled drive from Taylor also required a good save from their keeper.

Second half injury substitutions – Joe Fitzpatrick on for Mo Al-Samarie and early in the second half Tom Pickford was on for debutant Joe Bartlett who fell awkwardly and looked like he sustained a nasty looking arm injury.A real shame for Joe who had slotted in very comfortably in the centre of defence.

In the second half, after a few more little jitters in our goal mouth in the first 10 minutes, and a strong penalty appeal for handball for the visitors, it was pretty much all one way traffic with an excellent performance from first half sub Johnny Taylor, setting up all three further goals.

On 75 Taylor got away down the right, getting on the end of his own flick on with a great turn of pace, to deliver a low cross in for Ben Bacon to find bottom left to make it 3-0 and effectively kill the game off.

On 81 minutes Bacon and Taylor linked up well again, this time down the left for Taylor to play in Craig Knowles at the far post to smash home goal number four. 4-0!

By this time Town were rampant and in the 89th minute Taylor was unlucky not to score himself, springing the Varners rearguard to move in and hit a low shot, well blocked by their keeper but only for Bacon to follow up to net the rebound for his second goal of the day and our fifth. 5-0 Town and 20 goals so far this season for the prolific Bacon.

Yes, overall a decent performance and it’s very refreshing to get back to winning ways with a comfortable victory and again with a lot of team changes, and great to see some news faces to freshen things up. We wish Ozga, Al-Samairie and Bartlett all the best for swift recoveries.

Top marks to Johnny Taylor for a sensational second half performance alongside other MOMs Scott Faber for a hardworking performance in midfield and Tom Gannon showing some real class in midfield,proving he will be an excellent addition to the squad.

Next up – this Tuesday we have the chance to avenge our Div One Cup mauling at Oakwood last week when we visit Tinsley Lane again for our League fixture versus the Oaks (KO @ Tinsley – 7.45pm). Big game!