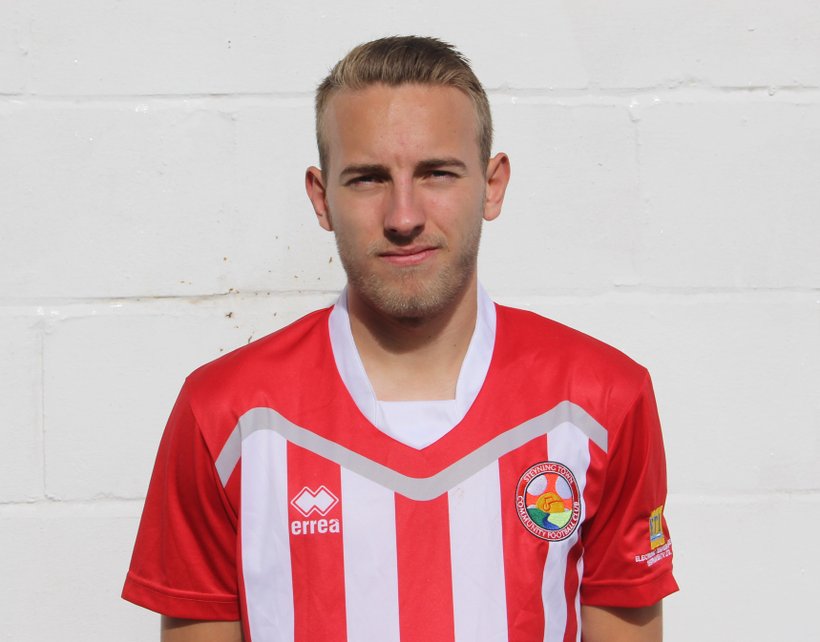 The Barrowmen returned to winning ways at a cold Shooting Field on Saturday with a comfortable 5-0 win over a struggling Oakwood side.

The usual multitude of team changes as follows – from last week, Scott Faber, Joe Fitpatrick, Alex Townley and Mo Al-Samairie all absent for various reasons with Dan Gainsford, Jake Cockerton, Louis Pittock and Ben Bacon all returning to the starting XI and good to see Dom Ozga and Callum Court back from injury on the bench after spells under the watchful eye of physio Princess Goodwin.

Two goals apiece for Ben Bacon (28th and 29th of the season) and Craig Knowles, one each in each half, and one for Tom Gannon wrapped up all three points in a game where the outcome was never really in any major doubt.

We went ahead on 9 minutes when Bacon drilled home a neat ball from the right from Rob Clark low in to the bottom right hand corner.

Minutes later Knowles had a bicycle kick effort well saved by the Oaks keeper and then Alex Scott clipped their cross bar with a lob from just outside the box after a break from midfield.

Apart from a brief spell on the run up to half time our visitors never seriously threatened and a neat slide finish goal from Knowles two minutes before the break served to knock the stuffing out of them.

Further second half goals, one each for Bacon and Knowles and a fifth one from Gannon made it the second time this season we’ve put five past Oakwood and if it hadn’t been for some erratic finishing and a good performance from the Oaks keeper the margin would have been even greater.

Bacons goal was another sublime free kick from 25 yards giving the keeper no chance at all. Knowles raced through and rounded the keeper before sliding in to an empty net, and Gannons low left foot drive wrong footed the keeper after a nasty deflection.

Young Alex Scott had an excellent game in midfield showing a good engine and was unlucky not to get on the score sheet on a number of occasions and was also denied a clear penalty after being flattened in the box.

Good to see Ozga and Court come on and come through unscathed in the final quarter as they replaced Bacon and Cockerton respectively.

Having reached the half way point in the season and with the festive fixture list now well on the horizon, a very good time to win by a decent score. The home form seems sound enough, but the away form remains a source of frustration.

We can now enter the second half of the campaign with optimism but it would be nice to have a little more consistency in team line up. Three or four big games now coming up over Christmas which which will define whether we keep faint hopes of a top 3 finish alive.

Next up – next Saturday – home again, to Lingfield (KO 3pm)at our big Christmas Party afternoon. A bumper crowd expected.

MOM: Rob Clark. A terrific attacking and defensive display up and down the flanks.