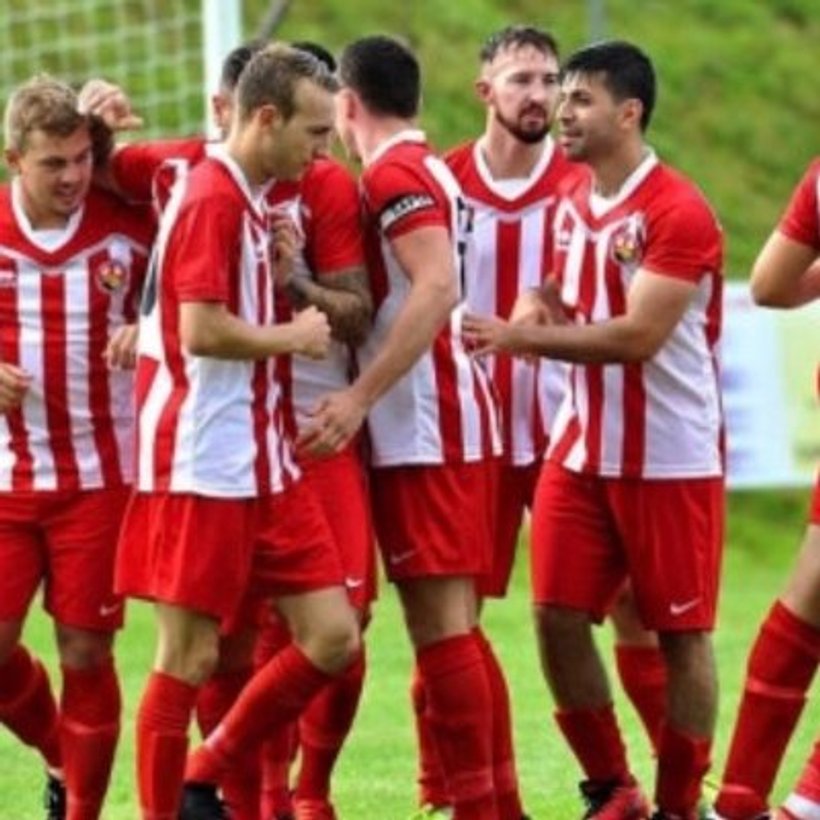 Ben Bacon socred four times as Town’s return to form continued on Tuesday night with a highly impressive 5-2 win away to Oakwood.

They exacted sweet revenge by reversing the score line from last week’s Cup defeat at the same venue!

We lined up at Tinsley Lane boosted by the return to the starting 11 of Dan Gainsford, Tom Pickford and Lewis Levoi which helped earn us the points in a very entertaining match.

With barely two minutes on the clock Bacon gave us the lead with a well taken goal but despite the early set back the home side were not deterred as they pressed to get into the game and by the half hour point were 2-1 ahead.

However, unlike last week we responded well and stuck to our task and on 35 a terrific strike from Bacon, perfectly meeting a Levoi cross after a nice link up with Scott Faber, pulled us level again.

Minutes later Bacon nearly had his hat trick, shooting just wide of right ‘one on one’ with the Oaks keeper.

In the second half Jonny Taylor replaced the injured Lewis Levoi, but unfortunately Jonny suffered a fractured ankle minutes later after a clumsy tackle ruling him out for 8 weeks.

We continued to attack and looked the brighter and more sprightly side, Taylor, Knowles and Alex Townley all running well and looking threatening.

Another well taken goal for Bacon completed his hat trick and restored our lead and a fourth goal, a precision lob from Knowles, made it 4-2 and really knocked the stuffing out of our hosts.

The rampant Bacon’s fourth goal and our fifth really put the game to bed and sealed all 3 points from a well-deserved victory.

The only down side to the night werethe injuries to Jonny Taylor, Lewis Levoi & Alex Townley.

Yes a terrific result, (who needs Harry Kane when you’ve got Ben Bacon!) and additionally pleasing to avenge last week’s Cup defeat at the Oaks and by the same score line! Well done one and all!