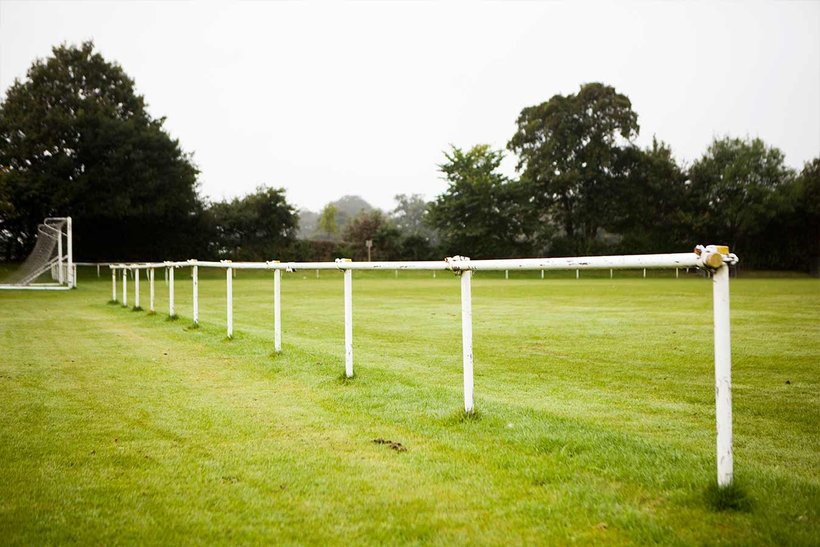 Town’s decent form of late hit the buffers on Saturday with a disappointing 2-1 defeat away to Seaford.

On a dull and dreary afternoon at the Crouch we lined up with the usual roster of the all too familiar team changes. Returning to the starting eleven were Karim Bukleb, Mo Al-Samarie, Tom Pickford, Ollie Hartley and Chad Milner. Still out injured Dan Thompson and absent for various reasons Dan Gainsford, Lewis Levoi, Charlie Romain, Ben Bacon, Dominic Ozga and Craig Knowles. James Younger coming in on the bench. Scott Faber, skipper for the day.

Armistice Day – Before kick-off a ‘two minute silence’ was observed in memory of those who gave their lives in World Wars 1 and 2. God rest their souls.

We pretty much bossed most of the first half and on 32 minutes we went ahead, all be it with a very generous slice of luck pie. Mo Al-Samarie got forward down the right to move in and deliver a cross which deflected into their net off the back of a Seaford defender. 1-0 to us.

The second half was a very different story to the first with the game swinging to the home side and on 50 minutes they drew level.

An in swinging corner from the left found the head of home midfielder Connor Jones who nodded home from close range for 1-1.

The goal spurred on our hosts and we had to be thankful to Ben Rose for producing a string of superb saves to keep out the revitalized Hornets.

For us, we continued to battle and press when we could. Karim Bukleb and Scott Faber both went close with good long range attempts and Chad Milner tested their keeper with a nicely curled free kick. Faber booked for a foul.

On 82 minutes Seaford’s pressure was finally rewarded when winger Streacy made a strong run in from the left to rifle past Rose from the edge of the box to give them the lead. 2-1.

The goal effectively wrapped up the points for the Seaford but right at the end they should have crowned it when a ‘you tube worthy’ comedy miss, their player shooting wide from virtually on our goal line, sent us home at least with something to smile about!

Yes, (cliche alert) a classic games of two halves but unfortunately not in our favor. Can’t win ’em’ all but overall picture still pretty good. As we move into the middle part of the season hopefully we will have a more settled side each week.

Next up – next week we make the short trip over to Mile Oak. Good vocal away support is always appreciated (KO @ Chalky Road – 3pm)