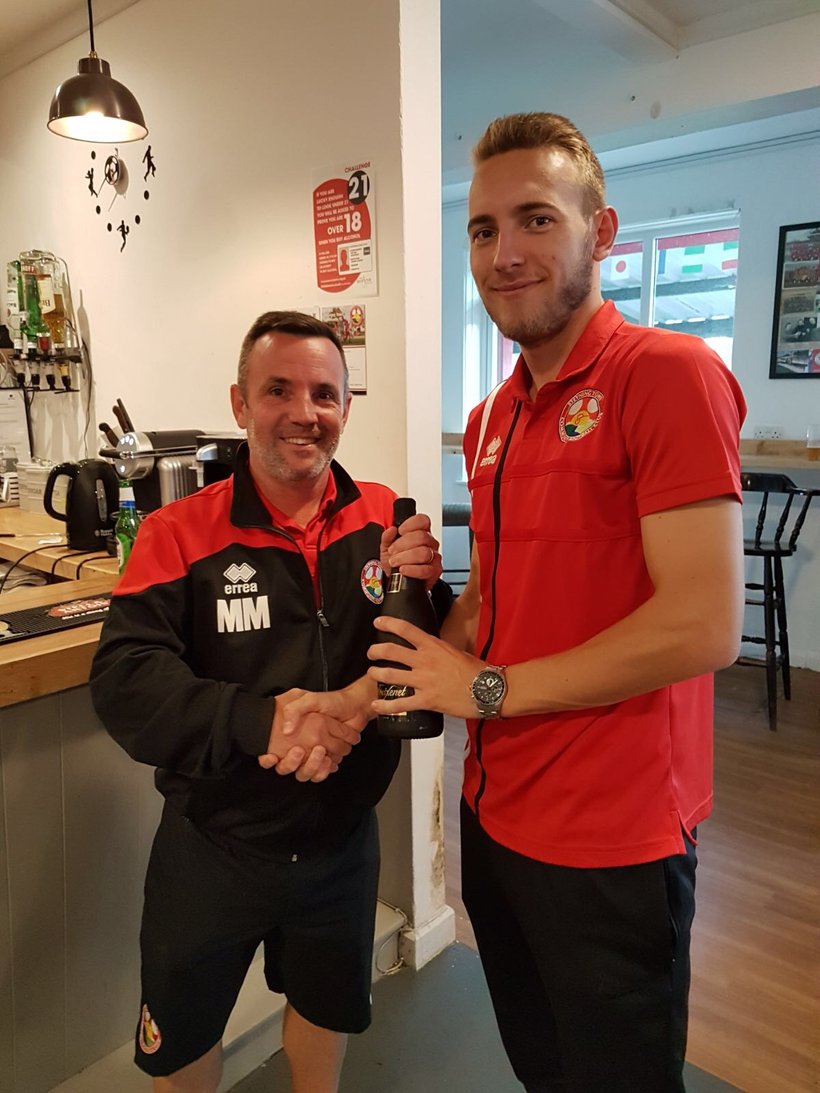 After two impressive Cup victories, 2-0 at Westside in the FA Vase last weekend and 4-2 over at Langney Wanderers in the RUR Cup on Tuesday night, it was back to League action for Town and they made it four wins on the bounce with a 2-0 win

On a sunny afternoon at the Shooting Field The Barrowmen were forced in to some significant changes with first team players Levoi, Gainsford, Pickford, Finch, Al-Samairie, Faber, L. Clark and Ozga all unavailable. However even with these enforced changes from the side that won at Langney we got off to a quite incredible start when after barely 7 seconds we took the lead! Surely a County League record!!

Straight from kick-off Alex Townley broke forward and played in a low pass for that man Ben Bacon to blast home his 14th goal of the season with a lovely curling effort from the edge of their box. 1-0 Town!

The remainder of the first-half, as is often the case when teams score early,and indeed much of the second was actually a largely uneventful affair.

We enjoyed the lions share of possession and continued to press and create chances but at times our finishing and again that final ball were a little lacking, and there were times when we looked rather flat.

We were also thwarted by some decent goalkeeping from Wickers number one, Hilfinker who saved impressively good goal attempts in particularly from Ollie Hartley, Charlie Romain and again Bacon.

Down the other end, struggling Wickers had one or two sorties but apart from a little ‘purple patch’ near the end of the first-half and having a goal disallowed for a foul in the second, never really looked that dangerous with Ben Rose having one of his easier afternoons.

Second half substitutions were made with youngsters Jonny Taylor and Taylor Stevens replacing Ben Bacon and Dan Thompson respectively and on 78 minutes it was Jonny Taylor who wrapped up all three points, getting on the end of a nice through pass from Jake Cockerton to move in and compose himself before slotting the ball calmly past the advancing Hilfinker for 2-0 Town!

Minutes later Townley nearly crowned the day for us running in from the right to crash his shot against the Wickers upright.

Probably not the most convincing win, against the division’s basement club who certainly showed signs of a new found resilience, but we had a so many players missing it is good to see the real depth in the squad this season allowing us to win on days like this.

So, a ‘win is a win’and it’s another three points and indeed four wins on the spin standing us in good stead for next Saturday when we play hosts to SCFL Premier Division side Three Bridges in the FA Vase, a real ‘red letter’ day for the club and a massive game and the prospect of a decent sized crowd.

Man of the Match – Rob Clark – calm and assured all afternoon.