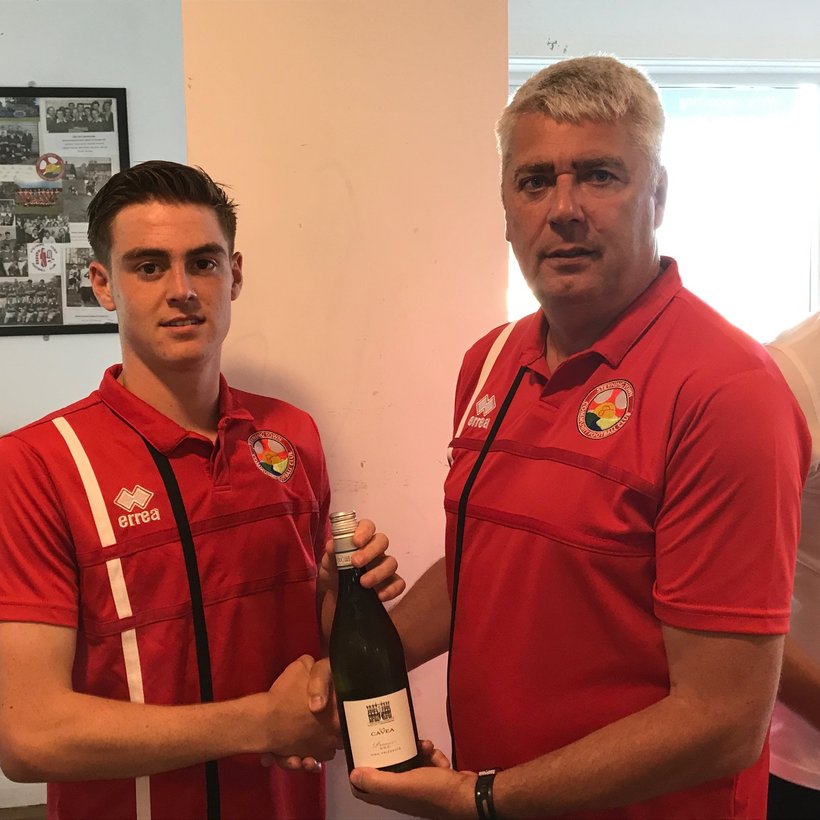 Steyning Town bounced back to winning ways in timely fashion with a 4-2 win over previously unbeaten Bexhill.

A well taken hat trick from Ben Bacon (his third of the season) stole the headlines, but the other goal and a fine all round display from youngster Alex Townley was the talk amongst the Town faithful.

On a bright afternoon at The Shooting Field, in fact warm enough to warrant a couple of drinks breaks, the pattern for the game was set early on with both teams showing their attacking intent. The centre back pairing of Levoi and Al-Samiarie were really stretched early on and a couple of last ditch tackles prevent the visitors going ahead on a couple of occasions.

At the other end Town looked dangerous going forward. The powerful Ozga had a low drive well blocked, Callum Court stung the keepers hands with a piledriver and both Bacon and Townley went close. However it was the visitors who took the lead when Al-Samairie was adjudged to have pushed a Bexhill player whilst a cross hung in the air. Ottley duly despatched the spot kick. This clearly rattled the town players, and little low on confidence after losing streak of 4 matches, and it felt no real surprise when the lead was extended. A long hopeful ball forward caused confusion between the centre back pair, and the ball was glanced on to Greenall who found Wheeler, who beat Rose at the second time of asking after an initial block from Rose. Despair around the Shooting Field.

A further defeat looked on the cards at this stage, however a double strike within a few minutes from the prolific Bacon turned the game on its head. Firstly he drove home low from 20 yards out beyond and rather laboured low dive from the keeper, and then he rolled home from close range under the keepers body after good work by Clark down the left, who was really impressing as a makeshift left back.

Suddenly it was all Steyning and a few further chances came and went, mainly as a result of Townleys direct running, before the ref ended the half. Breathtaking stuff 2-2 at the break.

The second half continued in a similar fashion with both teams eager to score the all important third goal .The turning point of the game came during a few manic minuteson the hours. Firstly Bexhills Holden was shown a straight red for a nasty elbow in to the face of youngster Townley as they challenged for a ball in the centre of the park. It looked very serious for a few seconds, however Townley dusted himself down a walked away with a sore jaw. However the sore jaw would have a forced a smile within a minute, as Faber escaped down the right, and whipped in the juiciest of crosses. Townley, arriving at speed flung himselfat the ball for a thrilling diving header finish and a picturebook goal.

The visitors looked a bit rattled, now and goal down and a man down, and Town made most of the running, looking for a killer fourth goal. Ozga and Romain were both having impressive games in the middle of the park. Thepower of Ozga complementing the more subtle skills of Romain, as Bukleb shielded the back four. The fourth goal arrived on 66 minutes as Townley was hauled down on the edge of the box after another great run, and Bacon curled home the free kick , leaving the Pirateskeeper motionless. From this point onwards Steyning, with the man advantage dominated proceedings and looked likely to add more goals. The Bexhill manager Light was harshly shown a red and banished from the dugout for a comment made to the referee, who had not really endeared himself to either side over the course of the afternoon.

The game was played out without much further drama, and although Cockerton did go very close with a low 18 yard drive that was tipped just wide, and Town could celebrate 3 important points, even at this early stage of the season.

Well played lads. A great comeback. Very timely ahead of next weeks FA Vase game away to London side Westside FC. Murphy and Ettridge however kept the ladsout there for a good 20 minutes after the final whistle, clearly emphasising a number of areas that still need urgent improvement.

Town are up to 9th in the league, with a chance to go 6th if they win their game in hand.